Where to Find the Best Chocolate in Melbourne

It’s exquisite. It quite literally melts in my mouth in a matter of seconds as only fine chocolate can. It’s a moment of pure, unadulterated deliciousness from Melbourne chocolate maker Ganache.

And they’re not the only purveyors of fine confectionary to be found in this neck of the CBD woods. Populating two or three of the surrounding city blocks, and hidden down laneways and within holes-in-the-wall, an army of boutique chocolatiers are hard at work crafting similarly toothsome treats.

So, where is the best chocolate in Melbourne to be found? To answer that question, I’ve turned to the experts at Chocoholic Tours.

Why is Melbourne such a chocoholic’s delight?

Melbourne has been mad about chocolate since the 1840s when the first individual pastry and confectionary shops opened their doors. But by the 1960s and 70s, all that were left were the large corporate chocolate companies. Thankfully, things have gone full circle, and today it’s all about small, independent producers again.

When you step inside any of the salons featured on our Melbourne chocolate tour, you can feel the passion each one has for making amazing chocolate. It’s apparent in the hand-crafted designs, intricate moulds, beautiful presentation, and impeccable service.

Where are the best chocolate shops in Melbourne to be found?

Many of them are concentrated in the centre of the CBD, between Flinders and Bourke Streets. But they tend to be tucked away from the main thoroughfares. That’s what makes them so special. Once you’ve found one, venture inside and indulge in their specialty — perhaps a velvety truffle, a rich hot chocolate, a slice of dark chocolate mud cake, or even a chocolate and cheese matching! Half the fun though, is finding them!

What are some of the city’s best kept chocolate secrets?

Let’s start with the Brugge Room at Koko Black in the Royal Arcade. Few people know about this opulent retreat hidden upstairs in the company’s flagship salon. You can sit and enjoy a decadent morsel without anyone catching you in the act!

Chokolait, just off Little Collins Street, is another hidden gem. They’re best known locally for their quad-ripple dark chocolate pavlova. It’s every bit as amazing as it sounds! 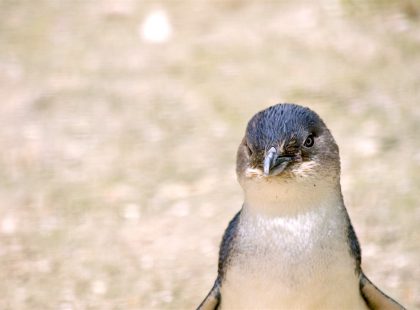 Browse our full range of Melbourne tours and experiences here. We offer a Best Price Guarantee and COVID-19 Cancellation Guarantee. 10 of the Best Melbourne Laneways and Arcades