Ten Top Things to Do in Charlevoix, Canada

Eastern Canada's Charlevoix region stepped onto the world stage in 2018 when it hosted the G7 Summit. Adam Ford checks in with suggestions for ten top things to do in this captivating neck of the Canadian woods.
Adam Ford
Baie-Saint-Paul, Canada, Charlevoix, La Malbaie

Just when you thought Canada couldn’t possibly get any more beautiful, you go and pay a visit to a little territory called Charlevoix in the country’s east and the ante is upped even further.

Prepare to be wowed by this region in the province of Quebec, located less than two-hours’ drive north-east of Quebec City, and set against the sublime backdrop of the mighty Saint Lawrence River. From glorious fir-clad mountain ranges, dramatic gorges and pinch-yourself wildlife viewing opportunities, to quaint coastal villages and top-notch gourmet cuisine, there’s plenty here to keep visitors ooh-ing and aah-ing for days.

By the way, Charlevoix, Canada is not to be confused with Charlevoix, Michigan in the USA. It’s 14 hours’ drive in the opposite direction. That’s not a mistake you want to make.

Here are ten top things to do in Charlevoix.

1. Ride the rails on the Train de Charlevoix

First things first. You have to get to Charlevoix, and the Train de Charlevoix provides an absolutely charming introduction to the region. The tourist train departs from Montmorency Falls outside Quebec City for the 125-kilometre trip, which largely follows the course of the Saint Lawrence River. The train makes a handful of stops, but even so the trip passes all too quickly. There are services three times a day, seven days a week from June through to October. Take a morning train from Quebec to the popular regional hub of Baie-Saint-Paul. There you can pick up a hire car, or the Train de Charlevoix offers an afternoon connection on to La Malbaie.

2. Get arty in Baie-Saint-Paul

Surrounded by undulating hills and low-rise mountains, Baie-Saint-Paul is home to numerous art galleries and artist studios. It’s not hard to appreciate why an artist would choose to take up residence in this stunning part of the world. It undoubtedly offers endless inspo. Stroll along gorgeous rue Saint-Jean-Baptiste and call into the galleries that take your fancy. Galerie D’Art Iris represents some seventy artists, including painters, sculptors and jewellery makers. There are also plenty of boutiques, cafes and places to eat. 3. Step back in time at Le Manoir Richelieu

Check into a magnificent piece of local history at the Fairmont Le Manoir Richelieu in La Malbaie. The luxury hotel first opened in 1899 and while the very grand structure you see before you certainly looks the part, it’s not the original. That was totally destroyed by fire in 1928. The current building was constructed in 1929. The architectural style is similar to Canada‘s string of great railway hotels, and today Le Manoir Richelieu combines all the elegance of yesteryear with superb modern conveniences. Spa retreats are a specialty.

4. Tee off with breakfast and a view

Le Manoir Richelieu’s world-class 27 hole golf course was originally designed to showcase the beauty of the region as much as to challenge players. Even those without an interest in the sport should thumb a ride on a golf cart up to the clubhouse for a sumptuous breakfast at Le Point Cardinal Restaurant — which is served up with absolutely spectacular views. The restaurant is also open for lunch and dinner seasonally. The course was inaugurated in 1925 by then US President William H Taft.

If you’re lucky enough to have a room with a view of the Saint Lawrence River at Le Manoir Richelieu and you’re travelling between May and October, it’s quite likely that you’ll spot a passing whale or two. The region is renowned as a whale watching hub. Head up to Baie-Sainte-Catherine and join Croisières AML on one of their excellent three-hour whale watching cruises. A naturalist guide provides engaging commentary throughout the experience. Blue, fin, minke, beluga and humpback whales are all possible starters.

6. Get back to nature at Hautes-Gorges-de-la-Rivière-Malbaie

Whatever the season, Charlevoix’s natural beauty is undiminished. One of the most popular natural landscapes to explore is the National Park of Hautes-Gorges-de-la-Rivière-Malbaie. This is the centerpiece of what was declared a World Biosphere Reserve by UNESCO back in 1989. Hiking, canoeing and camping are hugely popular in summer and fall (autumn), while in winter qualified ice climbers tackle the park’s peaks and gorges. The park can be accessed by heading inland from La Malbaie.

7. Explore the Museum of Charlevoix

Be it the region’s natural history, pioneering story or arts and cultural heritage, the Musée de Charlevoix in La Malbaie is a great way to pull all the threads together during your visit. The diverse collection encompasses historic artefacts, decorative and fine arts, costumes, texts and photographs. Given the region’s artistic pedigree, it’s not surprising that there’s a strong emphasis on folk art. The museum is an easy walk from Le Manoir Richelieu.

The Charlevoix region is home to a swag of gourmet food producers and innovative eateries, that have banded together to form La Route des Saveurs (the Flavour Road). Visit certified businesses as diverse as tomato wine producer Omerto (a must-try!), Champignons Charlevoix, idyllic livestock farmer and small goods producer Volieres Baie-Saint-Paul, and even Canada’s largest emu farm — Emeu Charlevoix! The Flavour Road website is only in French, so let Google Translate work its magic.

We’re all familiar with the concept of a busy beaver, but it’s not until you actually see one in action in the wild that you realise just how acutely industrious these fur balls with enormous teeth actually are. Beaver viewing is one of the fabulous wildlife observation experiences offered by Domaine Le Pic-Bois on the edge of the National Park of the Hautes-Gorges-de-la-Rivière-Malbaie. The two-hour beaver watching activity happens at dusk on the edge of their impressively constructed dam, while the four-hour afternoon bear spotting session (from the safety of a tree platform) is also a popular option.

Prohibition in the USA throughout the 1920s and 30s made the province of Quebec a popular destination for thirsty Americans from the eastern states, although even here the church had effectively banned the consumption of alcohol. La Maison du Bootlegger is a fascinating example of how some enterprising anti-teetotallers got around the issue. The building, which actually dates back to 1860, was moved to Charlevoix by a wealthy American in 1939. It concealed a ground floor maze of secret doors and hidden corridors, where illegal liquor could be smuggled in and guests smuggled out if the need arose. The spacious attic under the mansard-style roof became known as Le Club des Monts, where well-heeled guests would eat and drink in secret.

Today the tradition continues in the form of a steakhouse restaurant. Tour the house and enjoy a hearty meal amongst the rafters, with riotous entertainment from the Bootlegger Band. Look for Elvis’ signature on the wall during the house tour.

Adam travelled as a guest of Destination Canada and Tourism Charlevoix.

Do you have any suggestions to add to our list of ten top things to do in Charlevoix? We would love to hear from you. Please leave a comment below. 10 Best Things to Do in New Brunswick, Canada 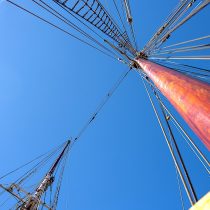 10 Best Things to Do in Nova Scotia, Canada