Top 10 Things to Do in Dunedin, NZ

Located in the south-east corner of the South Island, Dunedin is a destination as historic as it is remote. The city has a wealth of Georgian and Victorian architecture, and offers plenty of opportunities to step back in time. Tick off these ten top things to see and do.
Roslyn Jolly
Dunedin, New Zealand, South Island
Browse tours and experiences

Dunedin is New Zealand’s oldest city and one of the world’s southernmost urban centres.

Known as the ‘Edinburgh of the South’, it wears its Scottish heritage with pride. The city is also New Zealand’s wildlife capital, and the gateway to the wild and beautiful Otago Peninsula — an eco-tourism magnet.

Here are ten of the best things to do in Dunedin.

1. Travel back in time at Toitu

Maori explorers, American whalers, Scottish colonists and gold-diggers of all nations are among the settlers whose stories are told at Toitu Otago Settlers Museum. It’s the best kind of regional museum — modern, inclusive and accessible. Marvel at the tiny whale-boats that fuelled a worldwide industry, gaze at the human faces of history in the extraordinary Settler Portrait Gallery, or test your sense of personal space in the recreated ship-berths of the world’s longest migration voyage — from Britain to Dunedin.

2. Relive the golden age of rail

Any list of ten top things to do in Dunedin must include a visit to Dunedin railway station. It’s reputedly the most photographed building in New Zealand. The Flemish Renaissance exterior — affectionately known as ‘gingerbread style’ — and luxurious booking hall, with its mosaics, stained glass and galleries, display the wealth of the city back in 1906 — a time when railway stations were as ornamental as they were useful.

Only sightseeing trains run from here now, which are operated by Dunedin Railways. There are two options. The Seasider travels along the coast, while the Inlander follows the original route of the Otago Central Railway (constructed during the gold rush of the 1860s). Both offer stunning scenic vistas, so take your pick.

Why have a town square when you can have an octagon? This eight-sided piazza is Dunedin’s centerpiece. You’ll find some of the city’s best bars and cafés here — most with outdoor seating. Admire the old stone buildings that showcase Dunedin’s historic grandeur while you sip a flat white or your favourite New Zealand wine. There are often street musicians and market stalls, while a huge statue of Scottish poet Robert Burns presides over the scene.

It’s official. According to the Guinness Book of World Records, Baldwin Street in Dunedin is the steepest street in the world. The sharper than 1:3 gradient puts it ahead of other well-known residential inclines like Filbert Street in San Francisco. See how quickly you can get to the top, or tilt your camera to capture some of the weird optical illusions created by the unusual angles of the streetscape.

5. Learn about the faith of the founding fathers

Dunedin’s founding fathers, like their American counterparts, were seeking religious freedom when they set out to build a ‘New Edinburgh’ in the antipodes. Their religious — specifically Presbyterian — heritage shaped the social and material fabric of the city. Make time to pop in to one of Dunedin’s grand Presbyterian churches to tap into this cultural heritage. Knox Church in George Street makes an elegant statement about wealth and prestige, while the Heritage Centre at the First Church in Moray Place offers priceless insights into the values and ideas of Dunedin’s religious pioneers.

6. Meet the monarchs of the sky at the Royal Albatross Centre

With a wingspan of more than three metres, the royal albatross is the world’s largest flying seabird. These aerial giants spend most of their lives at sea and usually breed on remote islands, but a 40 minute drive from Dunedin brings you to the Royal Albatross Centre at Taiaroa Head, the world’s only mainland breeding colony. Guided tours let you see nesting birds and, if you’re lucky, their chicks. You might also see albatrosses soaring above the cliffs, while below on Pilot’s Beach sea lions loll on the rocks or enjoy the surf. If you stay until nightfall you can join a tour to watch little blue penguins — the world’s smallest penguins — returning to their nests.

7. Enjoy a leafy lunch at the Glenfalloch Woodland Gardens

Weather on the Otago Peninsula can be windy and foggy, but a benign microclimate on a section of the northern shore, just 15 minutes from Dunedin, creates the perfect conditions for the glorious Glenfalloch Woodland Gardens to flourish. The gardens, established in 1871, offer glimpses of Dunedin harbour through the trees and provide a lush setting for lunch at the Glenfalloch Gardens Cafe and Restaurant. Enjoy the profusion of hydrangeas, fuchsias, rhododendrons, the magnificent colours of Japanese maples, and the sounds of streams and birds, as you savour delicious local fare.

8. Explore the University of Otago

Dunedin has the specific energy that only comes from a student town. The 20,000 students who attend the University of Otago make up more than one-sixth of the city’s population. The university is New Zealand’s oldest, and the campus is well worth a visit, with its imposing granite buildings, graceful trees and even a river running through the middle.

9. Get back to nature at the Orokonui Ecosanctuary

‘Nature on nature’s terms’ is the philosophy of the Orokonui Ecosanctuary, situated about a half hour drive north of central Dunedin. It’s a place of relaxation and recreation for humans but also, and more importantly, a place of safety for endangered New Zealand flora and fauna. Join a guided tour or take one of a range of self-guided walks for an hour or two of peaceful immersion in a beautiful natural environment. You’ll see orchids, ferns and butterflies, native forests and rare indigenous birds such as the busy tui, cheeky South Island kaka, and adorably placid takahē. There’s also a kiwi crèche, but these birds are usually asleep by day. Finish your visit with a snack at the café and sublime views over surrounding native grasslands.

Wherever you go in New Zealand’s South Island, you’ll see signs advertising the local Speight’s beer. In Dunedin you can visit the historic Speight’s Brewery, where the brand originated in 1876. Tours take in both the old and the new brew-houses and end with generous samplings. You can continue the experience with a meal at the Speight’s Ale House next door, where tap ales are matched with local menu favourites.

Browse our full range of Dunedin tours and experiences here.

Do you have any suggestions to add to our list of the best things to do in Dunedin? We would love to hear from you. Please leave a comment below. Top 10 Things to Do in Invercargill, NZ 10 Top Things to Do on a South Island Road Trip, NZ 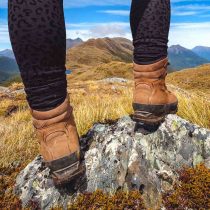