Top 10 Things to Do in Mount Gambier, SA

Mount Gambier is a gem of a destination, situated midway between Melbourne and Adelaide on the stunning Limestone Coast.

Despite being one of the largest urban centres in South Australia, it largely flies under the radar for those travelling on the more direct inland route between the two capitals. However, if you’re up for the slightly longer drive, the merits of a stopover in this intriguing destination are many.

Mount Gambier sits on the slopes of a dormant volcano — thought to have last erupted 5,000 years ago. Giant sinkholes (cenotes) and crater lakes dramatically illustrate the area’s turbulent geological past, while graceful Victorian-era buildings and cottages constructed from local stone define the streetscape. Myriad parks and civic gardens benefit from the rich volcanic soil and give the city an open and airy feel.

Special mention to the Mount Gambier Rail Trail — a fabulous repurposing of the disused rail corridor that dissects the city from east to west. It’s now a community recreational facility and features a 12-kilometre shared walking and biking trail. Free bike hire is available from the Mount Gambier Visitor Centre, Riddoch Arts and Cultural Centre, and Mount Gambier Library.

Here are ten of the best things to do in Mount Gambier.

1. Soak up the beauty of the Blue Lake

Feast your baby blues on Mount Gambier’s most famous attraction: the Blue Lake. This large crater lake, along with the neighbouring Valley Lake, sit just south of the city centre. If you happen to be visiting in summer, you’re in for a treat. At that time, the colour of the Blue Lake changes from standard issue to a vibrant cobalt blue. Why is it so? No one’s too sure. But the effect generally lasts from November through to late March.

There are lots of vantage points from which to enjoy a sublime lake view. If you’re up for a stroll, consider doing the 3.6-kilometre lap around the rim of the Blue Lake; it’s popular with locals at dawn and dusk. Those with energy to burn may like to trek up to the Centenary Tower, which overlooks the Valley Lake. The walk from the carpark isn’t long, but it’s super steep. The reward for your toil is an unsurpassed vista of the region. The tower dates back to 1904 and is open to visitors when its flag is flying.

You don’t have to travel far to see some of the region’s other geological oddities; there’s a cenote smack bang in the city centre! Framed by the beautiful Cave Garden, the 30-metre-deep sinkhole is the town’s original water source. Come back in the evening to watch a sound and light show projected into the chasm.

A short drive east of the city, the larger Umpherston Sinkhole will blow your mind. Named in honour of James Umpherston, who transformed it into a sunken garden back in 1886, the view from the bottom looking up is surreal!

3. Go below at Engelbrecht Cave

On the western side of town, Engelbrecht Cave features an intricate maze of subterranean passages fanning out beneath the streets above. 164 steps lead you down to a series of viewing platforms. When you’ve had your fill of this shadowy nether region, head back up to the surface and enjoy a restorative coffee at the onsite cafe.

Prior to European settlement, Mount Gambier was inhabited by the Boandik First People. According to local dreaming stories, the Blue and Valley Lake craters were formed from the campfire of a giant known as Craitbul. The first recorded European sighting of the area was by Lieutenant James Grant, who reported seeing a distinctive mountain from the deck of the survey brig HMS Lady Nelson in 1800.

To get more of the city’s backstory, drop by the excellent Mount Gambier Visitor Centre. You can’t miss it; there’s a full-size replica of the Lady Nelson parked outside. A hologram version of Christina Smith — a European settler from the 1840s —  shares fascinating insight about colonial life. You’ll hear of tragic shipwrecks, hardy gold diggers, and ambitious pastoralists. Take a walk across the glass floor in the centre’s fossil cave section, and check out the miner watching you from above!

5. Do a self-guided heritage walking tour

As mentioned, Mount Gambier’s compact city centre is dotted with pieces of exquisite period architecture. Download a self-guided heritage walking tour map compiled by the Visitor Centre and take in the various buildings of note, including the imposing Old Town Hall, Old Post Office, and Jens Hotel and Annexe. The Old Courthouse (constructed in 1878) is now a museum. It’s generally only open by appointment, so call ahead to arrange access. Those wanting to immerse themselves more fully in local history can book a stay at The Old Mount Gambier Gaol (reborn as a private hotel).

6. Get arty at The Riddoch

With a population of around 30,000 people, Mount Gambier has a vibrant cultural scene. The distinctive Riddoch Arts and Cultural Centre in the heart of town houses The Riddoch Art Gallery — the largest regional gallery in South Australia. Don’t miss seeing one of the twice daily free screenings of the short film Volcano, which tells the tale of the geological disturbance that forged Mount Gambier’s Swiss cheese-like landscape.

Those with a passion for the performing arts should check out what’s playing at the Sir Robert Helpmann Theatre during their stay. The theatre is named after the late Sir Robert Helpmann — a Mount Gambian by birth, and world renowned dancer, actor, director, and choreographer. Concerts, comedy, cabaret, and musical theatre are all preformed at the centre.

Get amongst Mount Gambier’s cafe scene with these tried-and-tested recommendations. Get your day off to a cracking start at Presto Eatery in the city centre. This funky café is close to the Cave Garden and offers breakfast menu options to suit all dietary requirements. The acai bowl is epic!

For brunch or lunch, seek out Café Melzar on Englebrecht Lane in the city. They do sensational burgers, including a vegan option. The accompanying herb fries are a flavoursome bonus.

If you’re riding or walking the Rail Trail, drop by Limestone Coast Pantry in the old Woollen Mills on Harrald Street. There’s a strong emphasis on the use of seasonal local produce, and the setting is chock-full of character. You can’t go wrong here.

It’s a tough job researching a travel guide like this one, especially when you come across a venue like the Woolstore Brewery. But somebody has to do it. Also situated alongside the Rail Trail (almost directly opposite the Mount Gambier railway station building), and just a year or so old, this boutique brewhouse produces four tidy beers and has quickly garnered a loyal local following. The Pale Ale is fruity and refreshing, while the creamy Cocky Stout has a coffee-infused finish. The brewery is family friendly, and also welcomes fur babies.

Taking a dip is not permitted in the Blue Lake, but it’s a different story at its country cousin — the Little Blue Lake — 15 minutes’ drive south of the city. This 40-metre-wide water-filled sinkhole is a popular swimming spot and comes complete with a floating pontoon. In fact, there are more than fifty sinkholes in the region that contain water. Kilsby Sinkhole is renowned for its aquatic beauty and offers guided snorkelling tours.

Do you have any suggestions to add to our list of the best things to do in Mount Gambier? We would love to hear from you. Please leave a comment below. Dixie Lamers is an Australian freelance travel writer and blogger. When she is not writing about travel, you will find Dixie and her partner enjoying an Aussie caravanning lifestyle.

Adam Ford is editor of Top Oz Tours, and a travel TV presenter, writer, blogger, and photographer. He has travelled extensively through Europe, Asia, North America, Africa, and the Middle East. Adam worked as a travel consultant for a number of years with Flight Centre before taking up the opportunity to travel the world himself as host of the TV series Tour the World on Network Ten. He loves to experience everything a new destination has to offer and is equally at home in a five-star Palazzo in Pisa or a home-stay in Hanoi. 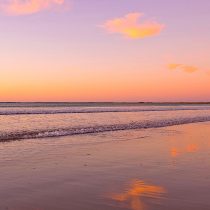 Eight Great Things to Do in Robe, SA Top 10 Things to Do in Victor Harbor, SA Top 10 Things to Do in the Adelaide Hills, SA 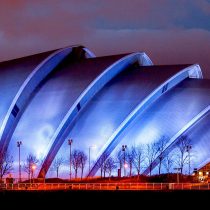