Top 10 Things to Do in the Grampians, VIC

The jagged and jumbled rock formations of Victoria’s Grampians look like a giant has hurled them across the landscape in a fit of rage.

Peaks rise at peculiar angles and rock ledges hang precariously over deep gorges and plunging waterfalls. The distinctive terrain is the result of an act of geological violence that took place millions of years ago. A continental shift forced what was then the ocean shoreline to move inland, buckling and folding the sandstone to form the five massive ridges that make up the Grampians — collectively known as Gariwerd to Indigenous Australians. It’s a place of strong significance to the Jardwadjali and Djab Wurrung First Peoples, who have maintained a close connection to the area for thousands of years.

The 168,000-hectare Grampians National Park is not only topographically diverse, but also harbours a microcosm of unique native plants and a wide variety of animals. Bushwalkers, birdwatchers, wildflower lovers, and even foodies and wine buffs will find no end of ways to keep themselves amused on a day trip or short break in the region.

Here are ten of the best things to do in the Grampians.

Welcome to The Big Bus tour and travel guide’s YouTube channel. Here we bring you a preview of a popular Grampians Tour from Melbourne, which can be booked o…

1. Do a wine tasting

The Grampians are situated about 240 kilometres (a good three to four-hour drive) north-west of Melbourne. Sticking to the A8 north from Ararat will bring you to Great Western — a small town with a big reputation for fine wine. It’s home to a number of award-winning wine producers, including Miners Ridge, Grampians Estate, Best’s Great Western and Seppelt. The latter pioneered sparkling shiraz in Australia and has the country’s longest wine cellar — a 3.5-kilometre tunnel known as the Drives. Some cellar doors are only open by appointment, so make contact before you visit.

Further along the A8 is the popular goldfields town of Stawell. It boasts two legends: the Stawell Gift, Australia’s richest professional footrace, which has been run here for 138 years, and the award-winning vanilla slice at Waack’s Bakery. If you have the chance to experience one or both, take it!

From Stawell, it takes about half an hour to reach Halls Gap — the Grampians’ main tourist hub. Drop by the Brambuk Cultural Centre, which serves as both a showcase of the region’s Aboriginal heritage and a visitor information centre. The building was designed to resemble a cockatoo in flight (it takes some imagination to see it). Inside, you’ll learn the Indigenous creation story of Gariwerd — how the ancestral spirit Bunjil created the land, water, animals, birds, fish and people. A giant split in one of Gariwerd’s mountain peaks came about when an angry emu cracked it open with his beak while trying to catch a thieving crow.

Halls Gap is the gateway to Grampians National Park, but it’s also a top spot to base yourself to explore the wider region’s artisanal food, wine, and craft brewing scenes. It’s a 15-minute drive from Halls Gap to Pomonal Estate — a family run microbrewery and cidery, which produces a range of characterful small batch beers and ciders. The estate has also planted shiraz and riesling vines, and plans to begin wine production with its own fruit in the not too distant future.

Pair your choice of poison at the cellar door with a tasting platter of local produce and smallgoods, including products from Red Rock Olives and Five Ducks Farm. It’s a two-minute drive to the latter’s farmgate (open Friday to Sunday), where you can taste-test some of their 49 different preserves.

5. Choose a lookout, any lookout

No visit to the Grampians would be complete without visiting some of the Insta-worthy lookouts dotted across the national park — most of which can only be reached on foot (so bring your walking shoes). At 15 minutes’ walk from the carpark off Mount Victory Road (20 minutes’ drive from Halls Gap), Reeds Lookout is one of the easiest to access. From there, it’s a two-kilometre return trek to the Balconies (previously known as the Jaws of Death!) for a sweeping panorama over the Victoria Valley. The surrounding country looks so big and empty, and it’s easy to forget that you’re just a few hours’ drive from a sprawling city of five million people.

6. Hike to the Pinnacle

The Pinnacle is another Instagram hotspot. The pointy lookout provides a view over much of the Grampians, and Halls Gap can be seen far below you. There are two walks to the Pinnacle to choose from — one from Wonderland Carpark (just an eight-minute drive from Halls Gap), and the other from Sundial Carpark (about 15 minutes’ drive from town). Of the two, the Wonderland trail offers more scenic variety, and you’ll get to walk through the stunning Grand Canyon. This option will take around an hour each way at a relaxed pace.

There are views in the Grampians, and there are views — like the one from the peak of Mount William — the highest vantage point in the park. The walk from the carpark up a steep sealed service road to the summit takes about an hour, but a word of warning: it’s punishing! You’ll need a good level of fitness to make it to the top, but the reward is a staggering 360-degree view of the entire region.

Grampians National Park has a number of gorgeous waterfalls, but Mackenzie Falls is undoubtedly the most visited. The return walk from the car park to the base of the falls is around two kilometres. Alternatively, you can choose to do the shorter walk to a viewing platform overlooking the flow, but the view from the bottom is more impressive. The falls flow all year round.

The many trails that crisscross the Grampians are testament to the park’s popularity with hikers. They come from around Australia and the world to enjoy the day walks and multi-day treks, and bushwalking in the Gramps has just reached a new level of awesome. The highly anticipated Grampians Peaks Trail — a 160-kilometre continuous walk from Mount Zero in the north of the park, to Dunkeld in the south — opened in November 2021. The entire hike takes 13 days and connects eleven bookable campsites, each with amazing facilities.

If you don’t have two weeks to spare, consider doing the section of the Peaks Trail from Rosea Carpark on Silverband Road to the peak of Mount Rosea as a day walk. The return trek is just under nine-kilometres and traverses a wooded forest, open plateau heathland, and various rocky outcrops. You’ll definitely feel the burn!

Parks Victoria recommends doing the Grampians Peaks Trail from north to south, which means you can enjoy a celebratory meal at the end of it at the region’s premier eatery. Located in Dunkeld, with great views back towards Mount Sturgeon, the Royal Mail Hotel’s Wickens is famous for its degustation menu by chef Robin Wickens. The hotel’s second dining option — Parker Street Project — offers a share-plate-style menu and a more relaxed vibe. Both menus draw on seasonal produce from the Royal Mail’s two-acre kitchen garden.

Whichever dining experience you choose, it will be a fitting end to your visit to this special part of regional Victoria.

Browse our full range of Victoria tours and experiences here.

Do you have any suggestions to add to our list of the best things to do in the Grampians? We would love to hear from you. Please leave a comment below. Louise Reynolds made up her mind at the age of about four that she would one day travel the world — and has so far visited around 30 countries across five continents and the Pacific. A hopeless Francophile, she has a particular love for France, its language and pretty much all things French. Louise’s favourite way to see the world is on foot and her boots have taken her walking on famous trails in Europe, South America and New Zealand. She also has a passion for her home state of Victoria and loves exploring its diverse regions.

Adam Ford is editor of The Big Bus tour and travel guide and a travel TV presenter, writer, blogger and photographer. He has travelled extensively through Europe, Asia, North America, Africa and the Middle East. Adam worked as a travel consultant for a number of years with Flight Centre before taking up the opportunity to travel the world himself as host of the TV series Tour the World on Network Ten. He loves to experience everything a new destination has to offer and is equally at home in a five-star Palazzo in Pisa or a home-stay in Hanoi. 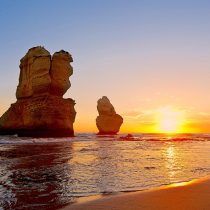 Top 10 Things to Do on the Great Ocean Road, VIC 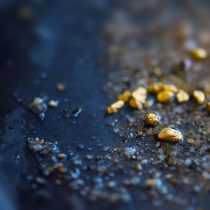 Top 10 Things to Do in the Victorian Goldfields Region