Only got a couple of days to get to know a new city? Our Big Five City Guides can help. We break each destination down into culture, history, dining, shopping and relaxation must-sees and dos.
Louise Reynolds
Belgium, Brussels, Europe
Find tours and experiences

Brussels has been an economic and cultural centre of Europe since the Middle Ages.

The Belgian capital and one of the European Union’s three parliamentary bases is blessed with fine museums, fabulous historic architecture and green open spaces. It’s also a destination that doesn’t take itself too seriously. Comic book heroes are revered alongside the masters of Flemish art. The Bruxellois love their city and you will too. It’s the capital of European cool!

There’s no shortage of top things to do in Brussels that will connect you to the city’s rich history.

The UNESCO World Heritage-listed Grand Place is the historic centre of Brussels and a fine starting point for exploring the city. After being bombarded by French troops in 1695, Grand Place was rebuilt in the amazing mix of gothic and baroque architecture we see today.

One of the best ways to explore Brussels and learn more about its history is on foot with a volunteer Brussels Greeter. Greeters are passionate about their city and will share a wealth of knowledge about its history and culture. They’ve also got plenty of tips for food and shopping highlights off the usual tourist trail.

Along with Strasbourg and Luxembourg, Brussels is home to the EU’s European Parliament. The Parliamentarium (European Parliament Visitors’ Centre) in Brussels provides information on the history of the EU and the rather complicated workings of its legislative assembly.

Brussels is billed as the capital of the comic strip, and with good reason.

Belgian artists have created many comic icons including Tintin, the Smurfs and Lucky Luke, and the Comic Art Museum is one of the top things to do in Brussels. Galleries are dedicated to the history and development of comic art and feature all the Belgian favourites.

Around Brussels there are more than 40 murals depicting scenes from comic books. A map is available from the tourist office to help you plan a comic-themed walking tour. A visit to the Hergé Museum is a must for fans of Tintin. Located just outside of the capital, it is dedicated to the life’s work of Georges Prosper Remi — better known as Hergé — the reporter-sleuth’s creator.

A statue of a little boy peeing in a fountain may seem an odd choice for a cultural icon, but Manneken-Pis is a Belgian national treasure and one of the capital’s top attractions. Therefore, you may be a little surprised to learn that the statue at the fountain is actually a stand-in. You can see the original at the Brussels City Museum in Grand Place. On special occasions, Manneken-Pis is dressed in elaborate costumes selected by a special committee. His expansive wardrobe of some 900 outfits is also held at the museum.

Brussels has a superb range of art and history museums. The collection of fine arts museums under the Royal Museums of Fine Arts of Belgium umbrella covers everything from Flemish masters to surrealism. The pleasantly surprising Musical Instruments Museum houses instruments dating back to the 1500s. An audio guide allows visitors to hear what they sound like when played. Several Brussels museums are open for free in the afternoon of the first Wednesday of the month. The Brussels Card provides entrance to over 30 museums during a set time period.

So important is beer in Belgian culture that in 2016 it was registered on the UNESCO Cultural Heritage list. The Museum of Belgian Brewers on Grand Place is dedicated to the history and development of Belgian beer from brews produced by Trappist monks to modern craft beers.

Great places to eat in Brussels

Seafood is at the centre of Brussels cuisine.

The national dish of Moules-Frites (mussels with chips) is a standard in bistros across the city. The best seafood restaurants are found around Quai aux Briques (known to locals as the fish markets). Francois is considered one of the city’s finest restaurants. In all weather, Brussels residents stand at outdoor tables devouring takeaway seafood and chips from Mer du Nord.

At La Villette, traditional Belgian dishes can be washed down with around 40 types of beer. If 40 aren’t enough, the Delirium café made the Guinness Book of World Records for the size of its beer menu. It currently boasts over 2,500 different brews!

When it’s time for a sweet treat, tuck into a Belgian waffle. There are two types of waffles. The thick and sticky gaufre, typically served hot with no toppings, or the light and crispy liege waffle. To try for yourself head to the famous Waffle Factory. Right by Manneken-Pis, Le Funambule has been serving waffles since 1867.

If your sweet tooth still isn’t satisfied, there are plenty of reminders that you are in the world capital of chocolate. Belgium is home to around 2,000 chocolatiers, and the cobbled streets around Grand Place are filled with chocolate shops.

Places to shop in Brussels

Brussels offers visitors plenty of opportunities for a spot of retail therapy.

The Rue Neuve pedestrian area is the city’s busiest shopping precinct, and is packed with all the usual big brand stores. For something uniquely Brussels, visit the charming Galleries Royales St Hubert. These beautiful glass-roofed galleries opened in the mid-1800s and are visited by six million shoppers each year. Boutiques offer giftware, clothing, accessories and chocolate.

Neuhaus — the inventor of the praline — has been tempting the tastebuds of chocoholics around the world since 1857. Other Belgian chocolate powerhouses include Godiva and Leonidas. All three have boutiques dotted around the capital.

In keeping with its place as capital of the comic book, there are numerous shops and galleries that specialise in comic book art and collectibles. The best-known and most comprehensive is Multi bd. Both Tintin and the Smurfs have their own boutiques.

The once rundown area around Rue Antoine Dansaert gained a new lease on life when young Flemish designers moved in and set up boutiques. It’s now the must-go destination for cutting-edge Belgian fashion. Top independent designers share space at Stijl.

Ways to relax in Brussels

To burn some of the calories you’ve consumed from waffles, chocolate and beer, you’ll need some fresh air and exercise.

Luckily, Brussels has plenty of pleasant outdoor spaces. The Cinquantenaire Park offers an extensive network of green open space and gardens, while the tree-lined alleys and ornamental ponds and walking trails of Osseghem Park and Laeken Park are ideal for a stroll. Nearby you’ll find the Atomium — another of the city’s most popular attractions.

Thousands of trees line the pathways of Elisabeth Park. Pathways are laid out to form the monogram of King Leopold II who commissioned the park, but you probably won’t notice unless you have a helicopter.

Brussels Park is a great place to take some time out from your sightseeing. The manicured Jardin du Mont des Arts is ideal for enjoying a takeaway lunch from the nearby food truck.

Looking to explore further afield during your stay in Brussels? The stunning historic towns of Ghent and Bruges are within easy reach. Book a day tour and visit top heritage sites like St Bavo’s Cathedral, St Nicholas’ Church, and the Castle of the Counts of Flanders.

Do you have any tips to add to our Brussels travel guide? We would love to hear from you. Please leave a comment below. Louise Reynolds made up her mind at the age of about four that she would one day travel the world — and has so far visited around 30 countries across five continents and the Pacific. A hopeless Francophile, she has a particular love for France, its language and pretty much all things French. Louise’s favourite way to see the world is on foot and her boots have taken her walking on famous trails in Europe, South America and New Zealand. She also has a passion for her home state of Victoria and loves exploring its diverse regions. 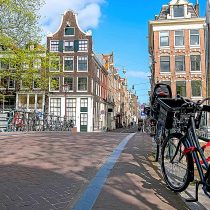 Top 10 Things to Do in Amsterdam, Netherlands 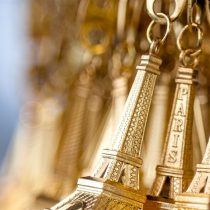